Book and Kitchen will be hosting the book launch for Banaras – Holy City, Christopher Roche’s second book, on May 11th, 2016.

Devotion is the new photographic project by Christopher Roche.
A project that explores men and women’s thirst for spiritual fulfillment around the world. 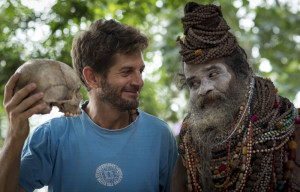 Born in Canada to Irish parents, Chris grew up in Africa and around Europe.  Dividing his time between working as a filmmaker and photographer he is now based in the UK.

His has won several awards including the Miramax Scriptwriting Award, the Wanderlust Photograph of the Year competition 2015, the Wild Frontiers Photo of the Year 2014 and the Sony World Photo of the Year 2016, National Award Ireland.  He has had his photos published in the national press and exhibited in the Royal Geographical Society in London and United Nations Office at Geneva.

He recently published a photographic book; The Priests and Pilgrims of Ethiopia and Prestel are publishing a book of his images of Varanasi; Banaras – Holy City in April 2016.

The Priests and Pilgrims of Ethiopia 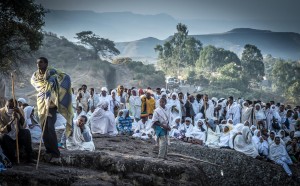 Journeying through the northern highlands of Ethiopia, Chris witnesses the magical, holy festivals of Genna in Lalibela and Timket in Gondar, and explores the remote rock-hewn churches of Tigray.

Chris’ photography reveals both the intimate and the epic aspects of the Ethiopians’ ancient faith, illuminating private moments and monumental landscapes. It is a testament to a tradition now facing the erosive forces of mass tourism and consumerism.

This is a story of legend and adventure: the Queen of Sheba, the Ark of the Covenant, angels and serpents. Above all it is the story of a dignified people and their great spiritual devotion.

A fine art photographic book, The Priests and Pilgrims of Ethiopia, is now on sale.

“This collection of photographs can be valued as an irreplaceable cultural archive and as a body of work with great artistic integrity…” UNESCO.
“…a series of landscapes so dazzling that Claude would have been proud to have invented them. The photographs are not merely striking. Many of them are masterpieces.” Author and historian Thomas Pakenham. 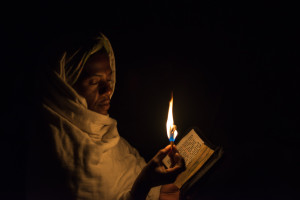 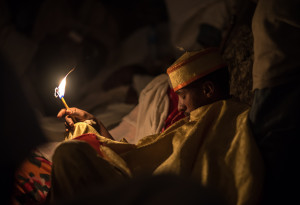 This collection of photographs covers Chris’s journey in 2008 to Spiti Valley in the Himalayas – a place that the Lonely Planet Guide describes as the most remote inhabited place on the planet. These breath-taking photographs reveal giant Buddhas, mountaintop monasteries, surreal landscapes and boy monks. 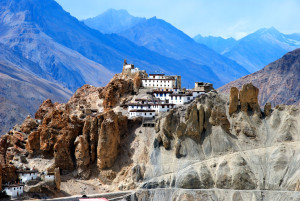 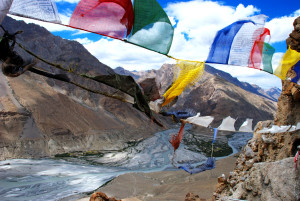 Varanasi or Kashi is one of the holiest and oldest cities in the world. Chris has twice visited this magical home to Shiva and endless pilgrims seeking ‘moksha’ or release from the endless cycle of ‘samsara’. Here his lens captures the stifling burning ghats, the holy Ganges, sadhus and pilgrims as well as the colourful festivals and pujas of this extraordinary city.