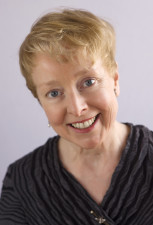 Clare Best
Clare Best’s first full collection, Excisions, was shortlisted for the Seamus Heaney Centre Prize 2012. She has performed her autobiographical cycle Self-portrait without Breasts across the UK and Ireland, and in the USA and Canada. Other poetry publications include Treasure Ground, Breastless and CELL. Clare’s prose memoir was a finalist in the Mslexia Memoir Competition 2015. Springlines – a collaborative publication with the painter Mary-Anne Aytoun-Ellis, and part of their project exploring hidden and mysterious bodies of water – will come out with Little Toller in 2017. Clare is a university teacher of Creative Writing and a co-founder of Needlewriters, the quarterly reading series in Lewes. clarebest.co.uk

Vanessa Gebbie
Vanessa Gebbie is a Welsh novelist, short fiction writer, poet, editor and teacher who lives in England, writes in Ireland and walks in Scotland. Her books include The Coward’s Tale (novel, Bloomsbury), Words from a Glass Bubble and Storm Warning (short fictions, Salt), and The Half-life of Fathers (poetry, Pighog). An illustrated flash collection, Ed’s Wife and Other Creatures, is forthcoming from Liquorice Fish Books in late 2015, and a second poetry collection, Memorandum, is forthcoming in 2016 from Cultured Llama. www.vanessagebbie.com 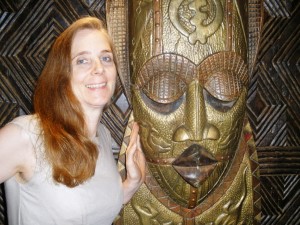 America Hart directs the MA Creative Writing Program at London Metropolitan University. Born and raised in Colorado, she lived in Boston and New York City before moving to London, where she lives with her partner, Seraphin. Her work has appeared in journals and publications such as Black Ice, Sniper Logic, Blackbox Manifold, Shearsman Magazine, Stride Magazine, and the Journal of African Cultural Studies. Her honors include a Rocky Mountain Women’s Institute Fellowship and the Jovanovich Award from the University of Colorado. She has received research grants to conduct fieldwork in Jamaica, Zimbabwe, and Ghana. into the silence: the fishing story (Red Hen Press, 2014) is her first novel.

Naomi Foyle
Naomi Foyle is an award-winning poet, SF novelist, verse dramatist and essayist. Her debut poetry collection, The Night Pavilion, an Autumn 2008 Poetry Book Society Recommendation, was followed by The World Cup, also from Waterloo Press. Her novels, Seoul Survivors, a cyberchiller based on her time living in South Korea, and The Gaia Chronicles, an eco-science fantasy quartet set in a post-fossil fuel Mesopotamia, are published by Quercus imprint Jo Fletcher Books. For her essays and poetry about Ukraine Naomi was awarded the 2014 Hryhorii Skovoroda prize. A semi-permanent resident of Brighton, she is a Senior Lecturer in English and Creative Writing at the University of Chichester. 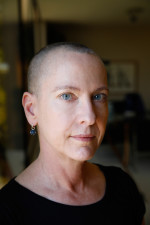 Katharine Coles
Katharine Coles’ sixth collection of poetry, Flight, was published in 2016 by Red Hen Press. Her fifth poetry collection, The Earth Is Not Flat (Red Hen 2013) was written under the auspices of the U.S. National Science Foundation’s Antarctic Artists and Writers Program. Ten poems from The Earth Is Not Flat were translated into German by Klaus Martens and appeared in the summer 2014 issue of the journal Matrix. Coles’ work has also been translated into Spanish, Italian, and Dutch. In 2015, Coles released a chapter book entitled Bewilder which was published by the International poetry Studies Institute at the University of Canberra. She is also the co-PI on the Poemage Project, which develops software for analyzing and visualizing sonic relationships in poetry; she has written a number of scholarly articles and given presentations based on this work. A professor at the University of Utah, Coles served as Utah’s third Poet Laureate from 2006-2012; as well as the inaugural director of the Poetry Foundation’s Harriet Monroe Poetry Institute from 2009-2010.She has also directed the Creative Writing Program; co-directed the Utah Symposium in Science and Literature, and served as series editor for the University of Utah’s Press. Coles has received grants and awards from the National Endowment for the Arts, the National Endowment for the Humanities and the Guggenheim Foundation. She lives in Salt Lake City. 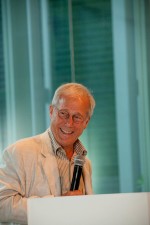 John Barr
The poems of John Barr have appeared in many magazines and have been published in eight collections, most recently The Adventures of Ibn Opcit, a two-volume mock epic published by Red Hen Press in 2013. His previous collections are: The War Zone (1989), Natural Wonders (1991), The Dial Painters (1994), Centennial Suite (1997), all by Warwick Press; The Hundred Fathom Curve (1997) and Grace (1999), by Story Line Press; and The Hundred Fathom Curve: New & Collected Poems (2011) by Red Hen Press. Barr has served on the boards of the Poetry Society of America, Yaddo, and Bennington College, the latter as chairman. He has taught in the graduate writing program of Sarah Lawrence College, and was appointed in 2004 the first president of The Poetry Foundation, publisher of Poetry magazine. He lives in Chicago and New York.