Sledge: The Soul of Notting Hill 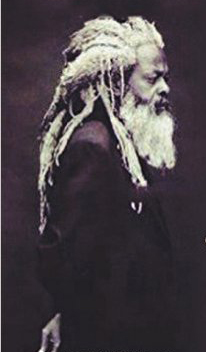 Join us for an intimate evening to celebrate the publication of Sledge: The Soul of Notting Hill.

Marcia Robinson’s new book presents the life and times of the very ‘First Rasta Man of Notting Hill’ …. in his own words. Marcia will be available to answer your questions and read some excerpts from the book. In addition, there will be a display of some photos and artwork as well as a small presentation from Tom Vague from the Colville History Society to provide context to the times.

Sledge was part of a generation of Musical Rebels whose mission was to spread the word of the Rastafari Faith with music as their weapon. His legacy evokes memories of an era that affected change around the World an era now mourned as gone.

Sledge came from what would now be classified as a ‘middle class’ family his father worked hard and owned his own home in Kingston, Jamaica. Sledge however decided to take a different road, he became a Rastafarian!

Seen by the 1930’s Colonial government as ‘rogues’ and described as ‘natty head and dutty Rasta! To legitimize the brutalization of this new culture they were charged with Treason a crime punishable with imprisonment or death- many died. Mortimo Planno, took Sledge under his wing after Sledge had witnessed the slaying of his only brother Oscar on the streets of Kingston. He was soon headed for England by 1958 he had arrived with his Rastafarian faith and ideals right behind him – a total enigma to the local Bobby on the beat! Sledge is said to have championed an era now mourned as gone because the 1950’s residents have seen the area become famous (especially after the young Lady Diana made it her home); then infamous sometimes simultaneously! The narcotics that nearly made it ‘New Jack/Crack City, have died out to leave the artistic and vibrant true identity of a community that created the biggest Carnival in Europe! The film Notting Hill also made a big impact to our streets most of the places featured in this book have long since been gentrified with exclusive designer Stores and Wine Bars for the multi-millionaires who now covet house and land in our cosmopolitan neighborhood. Sledge his life story captures time and in so many pictures that will take your breath away!