The Brittle Stars and Stripes? The Making of Modern America and the State of the Union 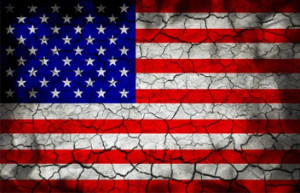 TICKET SALE NOW CLOSED, TICKETS AVAILABLE ON THE DOOR £8 AND £5 FOR GUESTLIST

Join us for an evening of readings covering the formative years of the United States, hosted by Davina Langdale (The Brittle Star), Alex Blake(Silent Witness, Longford, and Bleak House) and Conrad Gamble (For the Love of London).

The readings will be a carefully curated selection structured into three sections: pre-war; the war; post-war, with short breaks in-between for talking amongst each other or with the speakers. Davina will be also be reading excerpts from her debut novel The Brittle Star.

Davina Langdale
‘As a child, I decided early on that I preferred animals to people, and spent as much time in their company as I could.’
After getting a bachelors in Zoology at Bristol University she headed off to work with 93 chimpanzees and a hippo in Northern Zambia. Upon returning to the UK she took a bachelors in Journalism but quickly realised fiction was her true love. Her novel came to physical fruition in the confines of the London Library. Described as ideal for fans of Cormac McCarthy and True Grit,you can read more about the novel here.

For more info on Davina check out her website: http://davinalangdale.com/

Conrad Gamble
A writer and performance poet. He has been commissioned to write poetry for ‘The Book of Everyone’ as well as ‘Suitcase Magazine’ amongst others. He has performed for Secret Cinema and at various festivals, He also curates a monthly poetry night, Ear Smoke, in Hackney, London. To see more from Conrad Gamble, Visit For-the-love.com and conradgamble.com

Conrad recently published ‘For The Love Of London: What Makes London Great From The People Who Make It Great’ with Octopus publishing, which is a collection from and on Londoners who have contributed to making the city great. Sir Paul Smith to the late Dame Zaha Hadid, from Stephen Fry to Martine Wright – share one of their favourite aspects of the capital.