Cedars of Walpole Park: A Poetry Evening with Maria Jastrzębska and Anna Blasiak 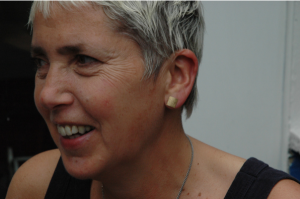 Doors will open at 6:30pm for a 7:00pm start.  In association with the Polish Cultural Institute

Cedars of Walpole Park (Cedry z Walpole Park) is a bilingual volume of selected poetry by a wonderful poet from Brighton, Maria Jastrzębska, translated into Polish by Anna Błasiak, Wioletta Grzegorzewska, and Paweł Gawroński. The collection features a selection of Jastrzębska’s poetry alongside the Polish translations, and was recently published by Faktoria, Poland (2015).

Join us for an evening with Maria and Anna, who will be reading from the collection in both English and Polish. The collection’s poems touch on topics from femininity and migration to growing up and aging, and there will be a question and answer session following the reading. Homemade food and drinks will be available throughout the event.

Poet, editor and translator, Maria Jastrzębska was born in Warsaw, Poland and came to England as a child. She is the author of six poetry collections and a literary drama, Dementia Diaries, produced by LLL in 2011, which toured nationally supported by a Wellcome Trust Arts Award. Her collections include At The Library of Memories (2013), and she co-translated Elsewhere (2011) with Iztok Osojnik and Ana Jelnikar.

She was co-editor of Queer in Brighton (New Writing South, 2014). Her work is frequently anthologized, most recently in Hallelujah for 50ft Women (Bloodaxe, 2015) and features in the British Library project Poetry Between Two Worlds.

Praise for the book:

Behind a curtain of leaves, behind the trees – people’s shadows, heart-breaking stories told with reticence and hesitation. Something to do with nationality, memory, language and something about gender. Identity patiently revealed in the next image, memory, experience. – Karol Maliszewski

In elegantly crafted, beautiful, original and nostalgic – never sentimen­tal – stories, Maria Jastrzębska shows us a reality filled with arrivals and separations in which ‘the two strangers’ can turn out to be your grandpa­rents. – Urszula Chowaniec

In superb translations by Anna Błasiak, Wioletta Grzegorzewska and Paweł Gawroński, they sound clearly and are like the bumblees in the poem of that same title which granny Julka held to her ear. They hummed, grumbling in the dark/space between her palms and then/she’d let them go. – Anna Piwkowska

This poet’s coat of arms has a wolf on it. Her language sniffs out, tracks, rips flesh, fights, sometimes choses escape, parties madly, desires. Don’t you wish you were in her pack! – Eliza Szybowicz