“The Conscience Economy has arrived at precisely the right moment, and Steven Overman is its herald.” Louis Rossetto, co-founder Wired

Can conscientious consumer choice disrupt the global marketplace? Will social accountability by big business be the measure of their long term success?

Part of Season 1 of our People and Politics series, that aims to delve beneath the surface of some of the most urgent political and social issues facing both young and old in the UK and beyond. This season’s focus is Democracy in the 21st Century. 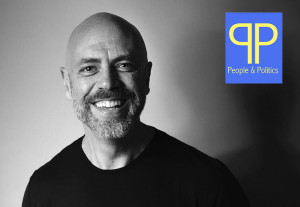 Steven Overman has built his career as a pioneer at the intersection of major social shifts, media communication, and technology innovation for more than two decades.With this insight, his new book “The Conscience Economy” looks closely at a social movement for good that has been shifting from the margins to the mainstream and will result in an unprecedented disruption of the global marketplace. Increasingly, people around the world from New York to New Delhi, are making everyday choices in ways that defy traditional logic. They are spending their money and their time forming loyalites, casting votes, and even enjoying entertainment based increasingly upon their desire to make a postive impact. This new generation of consumers believes they can and must make the world better, and they are increasingly expecting that business and government will follow.

Steven Overman advises both leading brands and tech startups and is a frequent speaker at technology industry events. Find out more about Steven Overman here.

Some of the questions we will be asking Steven Overman

What is the shape of the new emerging global marketplace? Where will future big ideas and new ventures come from, when global creative capitals like New York, San Francisco, London and Tokyo are increasingly unaffordable for the young creative risk-takers who drive the next wave, the next economic paradigm? All guests will have the opportunity to ask questions. Find out more about Steven Overman