Perspectives – So Much Things to Say: The Oral History of Bob Marley. A Conversation with Roger Steffens

Join us for an engaging conversation with Roger Steffens, the world’s leading reggae scholar, as part of our the UK publication of his new book, So Much Things to Say: The Oral History of Bob Marley.

Roger has spent forty years interviewing Bob Marley and his closest confidants. This is the definitive telling of Marley’s life.

“There has never been and will never be anything quite like this: Reggae’s chief eyewitness, dropping testimony on Reggae’s chief prophet with truth, blood, and fire.”
Marlon James, Man Booker Prize-winning author of A Brief History of Seven Killings

“If Bob Marley is Jesus in these times, Roger Steffens is Peter.”
Carlos Santana

Roger Steffens toured with Marley for two weeks of his final tour of California in 1979 and the music icon was the first guest of Steffens’ award-winning radio show. In So Much Things To Say, Steffens draws on a lifetime of scholarship to tell the story of Marley’s childhood abandonment, his formative years in Trench Town, his seemingly meteoric rise to international fame and his tragic death at 36. Weaving together the voices of Rita Marley, Peter Tosh and Bunny Wailer—as well as band members, family and friends—Steffens reveals extraordinary new details, dispels myths and highlights the most dramatic elements of Marley’s life, such as the assassination attempt and possible CIA cover-up; his seemingly supernatural psychic abilities and his overriding commitment to the peace and love message of Rastafari.

Roger Steffens’ landmark work will reshape our understanding of this legendary performer. 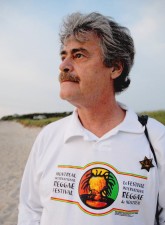 Roger Steffens is the world’s leading reggae historian and archivist. An author, photographer, actor, editor and internationally renowned lecturer, he began his broadcasting career in New York in 1961.

Roger is the founding chairman of the Reggae Grammy Committee. He co-hosted the award-winning radio program Reggae Beat on KCRW in LA which was syndicated to 130 stations worldwide in the 1980s, and co-founded The Beat magazine. He has lectured worldwide on Bob Marley at hundreds of venues including the Smithsonian and the Rock & Roll Hall of Fame. He lives in Los Angeles, California.