Join us for an evening of conversation and discussion on Somaliland with one of the country’s leading authors Nadifa Mohamed and journalist Mary Harper. They will be discussing some of the contemporary issues facing the country today and picking through some of the main themes tin Nadifa’s novels. 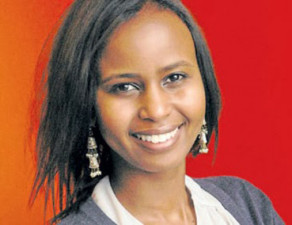 Nadifa Mohamed was born in Hargeisa in 1981 while Somalia was falling deeper into dictatorship. In 1986 she moved to London with her family in what she thought was a temporary move but a couple of years later it became permanent as war broke out in Somalia. She was educated in London and went to Oxford to study History and Politics and she finally returned to Hargeisa, now in the new Republic of Somaliland, in 2008. She lives in London and is currently working on her third novel. Her first novel, Black Mamba Boy, published in 2010, was longlisted for the Orange Prize; shortlisted for the Guardian First Book Award, the Dylan Thomas Award, the John Llewellyn Rhys Prize and the PEN/Open Book Award; and won the Betty Trask Award. In 2013 she was selected as one of Granta’s best of Young British Novelists.

In 2013, Mohamed released her second novel, The Orchard of Lost Souls. Set in Somalia on the eve of the civil war.

Some reviews of Nadifa’s work:

“The most exciting, original new fiction is coming out of Africa. Nadifa Mohamed has produced a first novel of elegance and beauty….it’s a stunning debut” The Times review of Black Mamba Boy 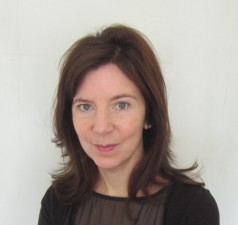 Mary Harper is the Africa Editor at the BBC World Service. She has reported on Africa for the past twenty years, and has a special interest in Somalia. She reports frequently from the country, covering conflict, piracy, Islamism and other subjects. She is the author of Getting Somalia Wrong? Faith, War and Hope in a Shattered State published by Zed Books. She has reported from many other African conflict zones, including Sudan, South Sudan, Congo, Liberia, Sierra Leone and Algeria. She contributes to academic journals and writes for publications including The Economist, Granta, The Guardian, The Times and The Washington Post.

Mary is a Fellow of the Rift Valley Institute and the Mogadishu-based Heritage Institute for Policy Studies. She has conducted research on Somalia and other African countries for the United Nations, USAID, Small Arms Survey and other clients. She speaks on Somalia, piracy, the international media, migration and other subjects at conferences, workshops and other events organised by, amongst others, the British Houses of Parliament, Chatham House, Jaipur Literature Festival, NATO, Oxford University, MIT, Médecins Sans Frontières, Thompson Reuters Foundation, Yale University and the United Nations. She has degrees from Cambridge University and the School of Oriental and African Studies. She speaks English, French, Portuguese and Wolof. Her website address is www.maryharper.co.uk