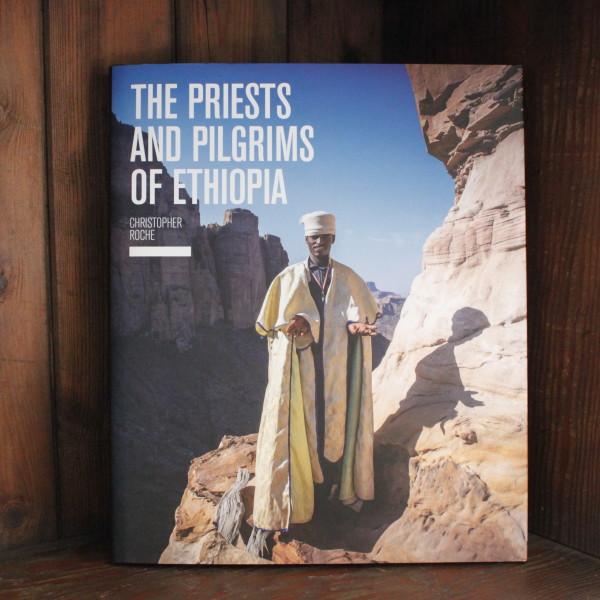 The Priests and Pilgrims of Ethiopia by Christopher Roche

In this book Christopher Roche’s lens brilliantly captures the biblical scenes of a faith that is as alive today as it was when it arrived in Ethiopia almost two thousand years ago.

As he journeys through the northern highlands Chris witnesses the magical, holy festivals of Genna in Lalibela and Timket in Gondar, and explores the remote rock-hewn churches of Tigray.

This is a story of legend and adventure: the Queen of Sheba, the Ark of the Covenant, angels and serpents.

Above all it is the story of a dignified people and their great spiritual devotion. Chris’ photography reveals both the intimate and the epic aspects of this devotion, illuminating private moments and monumental landscapes. It is a testament to a tradition that now faces the erosive forces of mass tourism and consumerism.

Christopher Roche was born in Quebec, Canada to Irish parents. He has since lived in Africa and several cities around Europe.
Dividing his time between working as a film maker and photographer he is now based in London.

He is currently developing a photographic project, ‘Devotion’, that explores men and women’s thirst for spiritual fulfilment around the world.